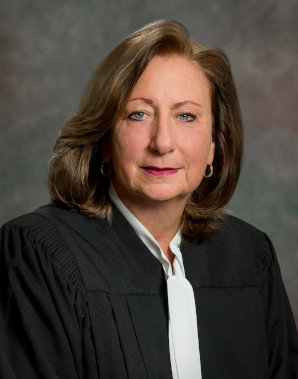 The Hon. Tracey A. Bannister is a Justice of the Supreme Court in the Eighth Judicial District of New York. She was elected to the Supreme Court in 2008. While on the Supreme Court, Justice Bannister was Supervising Judge of Civil Matters for the Eighth Judicial District. Her duties as supervising judge included overseeing the judicial administration of civil matters for the Supreme and County Courts in Allegany, Cattaraugus, Chautauqua, Erie, Genesee, Niagara, Orleans, and Wyoming Counties. Justice Bannister was appointed to serve on the Appellate Division, Fourth Department, by the Governor in 2019. Justice Bannister previously served as an Acting Village Justice of the Kenmore Village Court in Erie County from 2006 to 2008. She was appointed to that position by the Kenmore Village Board.

Justice Bannister received her B.A. from Rutgers University in 1981. She went on to earn her J.D. from DePaul University College of Law and UB Law School in 1984.

Prior to her judicial experience, Bannister had served as a confidential law clerk for the Hon. Jerome C. Gorski from 1989 to 2008. Justice Gorski first served as a Justice with the New York Supreme Court for the Eighth Judicial District from 1989 until 2001 when he was appointed to the Appellate Division, Fourth Department. During her tenure as a law clerk, Bannister assisted Justice Gorski in drafting decisions, as well as settling Supreme Court cases involving civil, criminal, matrimonial, commercial, and real property matters. During Justice Gorski’s tenure in the Appellate Division, Bannister assisted him in analyzing cases that came before the panels in which he was a member.

Before becoming a principal law clerk, Bannister had worked as a trial attorney in private practice.

Her memberships have included serving as president of the Women Lawyers of Western New York , an officer of the Western New York Trial Lawyers, and a member of the board of directors for the Bar Association of Erie County. She also served on the Board of Management of the YMCA’s Camp Weona and was named their Volunteer of the Year in 2007.

In 2017, Justice Bannister was named “Jurist of the Year” by the NYS Trial Lawyers Association, and was recognized in 2018 with the “Sandy Kulick Memorial Award” for her assistance with lawyers suffering with alcoholism and substance abuse. In 2016, Bannister established a professional “Career Closet” at UB Law School to assist needy law students with professional clothing for school activities and job interviews.

Justice Bannister has been married for 39 years to Patrick Bannister; they have two adult children.