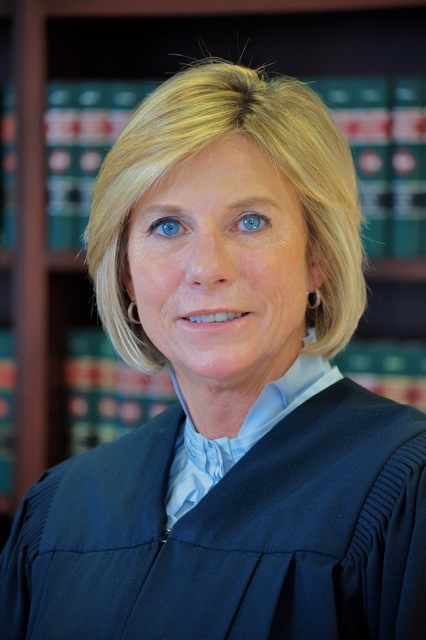 Justice Nancy E. Smith began her legal career as an Assistant District Attorney in Monroe County in 1982, where she remained until 1984. She spent a year in private practice with the firm of Greisberger, Zicari, McConville, Cooman, Morin and Welch in Rochester, NewYork, then returned to the District Attorney's Office from 1985 to 1992. She was elected to her first judicial office as a Monroe County Court Judge and took the bench in January, 1993. Justice Smith was also assigned to the Livingston County Family, Supreme and County Courts, and presided over matters in Ontario, Rensselaer, Saratoga, Yates and Sullivan counties. She was appointed by Governor George Pataki to the New York State Supreme Court in the Seventh Judicial District in 1997, and was elected to that office for a term beginning in January of 1998. Governor Pataki then designated her to the Appellate Division, Second Department in March of 1999, and reassigned her to the Fourth Department in 2004. Justice Smith is a graduate of Allegheny College and Vermont Law School, and has served on many civic and charitable boards, bar association and Office of Court Administration committees, and has mentored and in structed lawyers at many levels. She serves on the OCA Family Violence Task Force and is a member of the Board of Directors of the Legal Aid Society, and has served on the Boards of the Pittsford Youth Service, Inc., and the Greater Rochester Association of Women Attorneys.