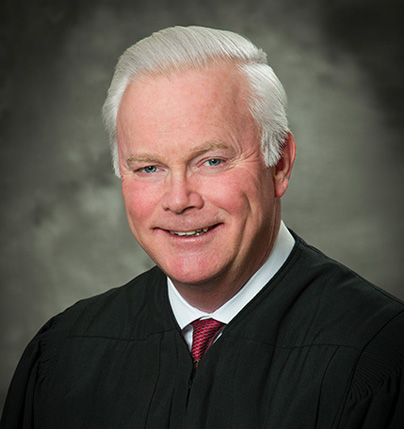 Hon. Gerald J. Whalen was designated by Governor Andrew M. Cuomo to the Appellate Division, Fourth Department on October 1, 2012, and as Presiding Justice of the Court on January 7, 2016. He is a graduate of Canisius College where he earned his Bachelor of Arts degree in 1979. He earned his Juris Doctor degree in 1983 from the State University of New York at Buffalo. Justice Whalen was elected New York State Supreme Court Justice in 2005 for a term of fourteen years serving in the Eighth Judicial District. He was awarded the Trial Justice of the Year award by the New York State Trial Lawyers Association, Western New York Regional Affiliate in 2012. Prior to taking the bench, Justice Whalen was a litigation partner with Hiscock & Barclay, LLP. He served on the firm's Diversity Committee and was the firm's Associate and Hiring partner for the Buffalo office. Justice Whalen was in private practice for 21 years, handling complex civil and criminal cases before taking the bench. He was also an adjunct professor at Canisius College and was a member of the Canisius Pre-Law Advisory Committee from October 2006 to July 2014. For twenty-five years, Justice Whalen was a member of the Judge John J. Hillery Memorial Scholarship Foundation, which provides scholarships for students in need, and was the Hillery Foundation's Man of the Year in 1997. Justice Whalen was elected and served as President of the Supreme Court Justices Association, Eighth Judicial District, in 2012. He also served as Chair of the Bar Association of Erie County Judges' Committee in 2011 and 2012. From February 2002 to October 2012, Justice Whalen served on the Fourth Department, Eighth Judicial District Committee on Character and Fitness. Justice Whalen has also lectured at SUNY Buffalo on Constitutional Law and is a frequent lecturer at New York State and local bar association events.