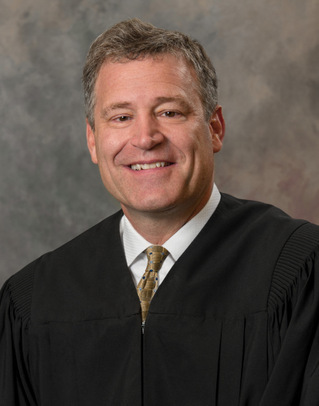 Justice Stephen K. Lindley, a Rochester native, is a graduate of Emory University and the University of Buffalo Law School. He was admitted to the New York bar in 1990 and began his legal career as a confidential law clerk to several judges, including Hon. Elizabeth J. Pine in the Appellate Division, Fourth Department, and Hon. Kenneth R. Fisher of the State Supreme Court. Justice Lindley thereafter served as an Assistant District Attorney in Monroe County, and also spent three years engaged in private practice. In January 2002, Justice Lindley was appointed by the Mayor of the City of Rochester, William A. Johnson, Jr., to fill a vacancy in the Rochester City Court, and that November he was elected to a full 10-year term. After three years on Rochester City Court, Justice Lindley was designated to sit as Acting Monroe County Court Judge, a capacity in which he served until he was elected to Supreme Court in the Seventh Judicial District in November 2006. On January 21, 2010, Governor David A. Patterson designated Justice Lindley to serve on the Appellate Division, Fourth Department, a Rochester-based court that hears appeals from twenty-two counties in central and western New York. In addition to his work on the Court, Justice Lindley is a frequent lecturer at legal seminars for attorneys and at the New York State Judicial Institute, which provides training and continuing legal education for judges. Justice Lindley is married to Ardis Mangione-Lindley, and the couple has four children.