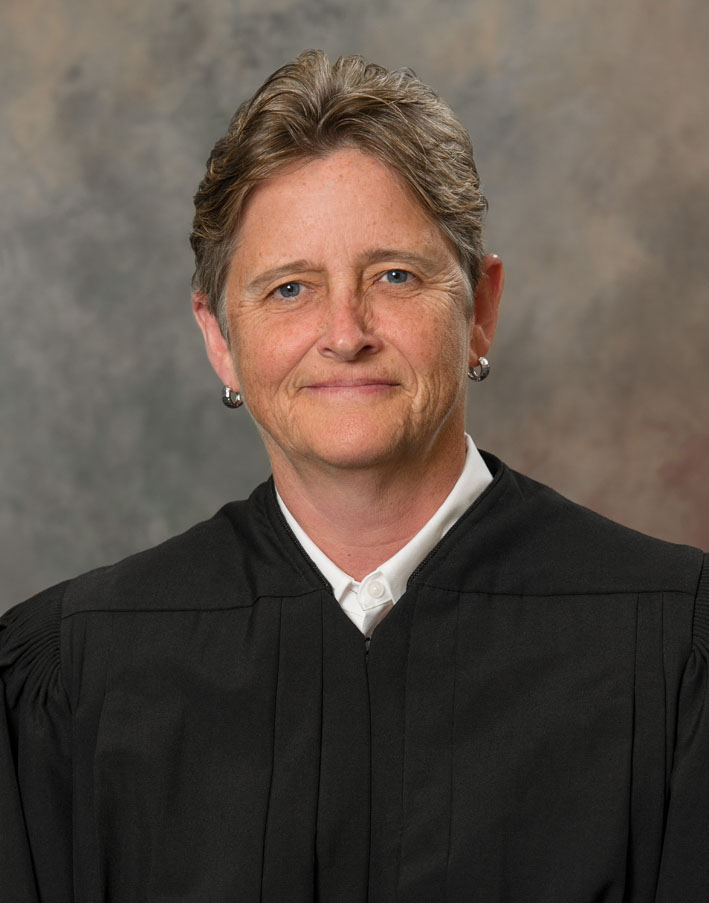 DESIGNATED TO THE APPELLATE DIVISION:
Tuesday, May 23, 2017

Justice Joanne M. Winslow was designated to the Appellate Division, Fourth Department by Governor Andrew M. Cuomo on May 23, 2017.

She was elected as a Justice of the Supreme Court for the Seventh Judicial District in 2008. Justice Winslow was assigned to the Matrimonial Part until 2011, when she assumed an assignment to the Criminal Part, where she presided over felony indictments from arraignment through sentencing, as well as handling other legal matters. Prior to her election to the bench, Justice Winslow spent over two decades as an Assistant District Attorney with Monroe County, finishing her tenure at the DA's office as Bureau Chief for Major Felonies.

Justice Winslow has been recognized for both her professional and civic service activities, receiving accolades for distinguished and dedicated service from the Rochester Police Department (Distinguished Service Award), Monroe County District Attorney's Office, Monroe County Sheriff's Office, Boy Scouts of America, and Girl Scouts of Western New York (Woman of Distinction Award). Justice Winslow has been recognized by the Monroe County Bar Association (Outstanding Jurist Award) and Greater Rochester Association for Women Attorneys (Ally Windsor Howell Champion of Diversity Award), and in 2018, Justice Winslow received the prestigious Kate Stoneman Award from Albany Law School, given to individuals in the legal profession who have demonstrated a commitment to seeking change and expanding opportunities for women.

Justice Winslow frequently presents at continuing legal education seminars for the New York State and Monroe County Bar Associations and the Greater Rochester Association for Women Attorneys, and she edited the Bench Book for Trial Judges (Criminal Law Chapter) between 2010 and 2016. She is also designated as an Advanced Science Technology and Resource (ASTAR) fellow, serving as a resource judge for members of the judiciary of New York State handling complex cases involving scientific evidence.

Justice Winslow was recently presented with a Ruth Bader Ginsberg Vanguard Award by the Trial Lawyer’s Section of the New York State Bar Association. The award was presented for Justice Winslow’s pioneering leadership and commitment in promoting diversity and inclusion in the legal profession.